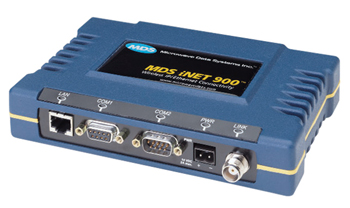 The MDS iNET 900® is a long-range, high-speed, industrial, wireless IP/Ethernet solution. It allows customers to bring business information over Ethernet or a serial gateway and onto IP based networks. This includes mission-critical, revenue-generating data from fixed assets such as oil and gas wells, compressor stations, pipelines, fluid storage tanks and utility meters. It also enables mobile network access for vehicle based operation.

MDS iNET uses advanced 900 MHz FHSS technology for license-free operation in the 902-
928 MHz ISM band. It is capable of up to 60 mile range (line-of-sight)2 and up to 512 Kbps over-the-air data rate communications. This product is available for use in Class I, Division 2, Groups A, B, C & D hazardous locations.

WHY USE AN MDS iNET WIRELESS NETWORKING SOLUTION? 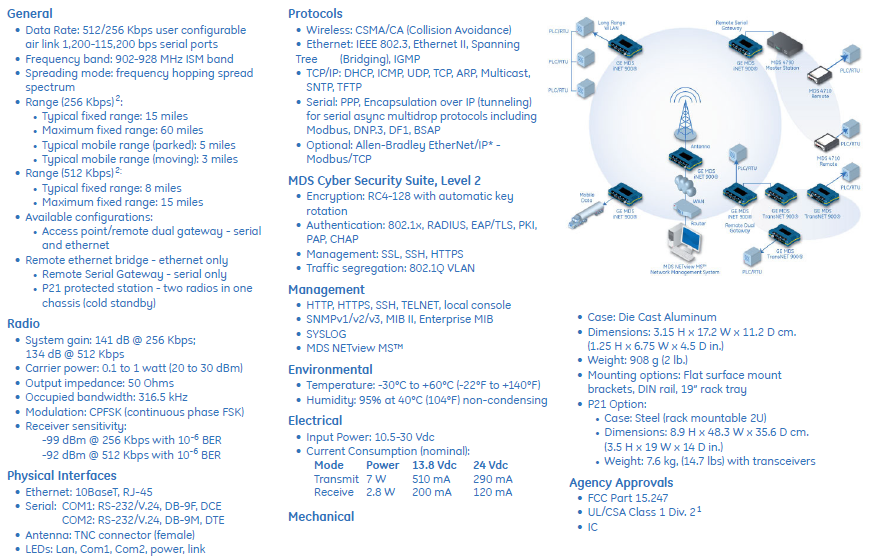